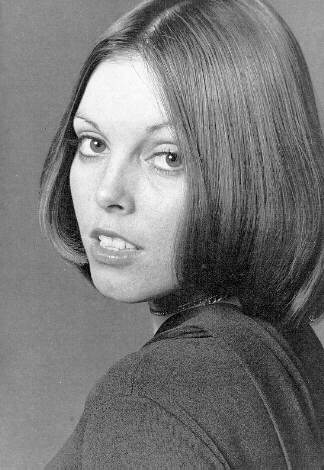 (Boy, you can’t get away with anything in a public life these days!)

Pat Benatar is a certified rock’n’roll superstar, a four-time Grammy winner with six platinum and four gold albums to her credit as well as such hit singles as “I Need A Lover,” “Heartbreaker,” “Fire and Ice,” “Treat Me Right,” “Hit Me With Your Best Shot,” “Hell Is For Children,” “Shadows of the Night,” and “Love Is A Battlefield.” Long acknowledged as one of the leading female rock vocalists in the industry, Benatar will be embarking on her first live concert dates in over two years before going into the studio to record her first album since ’93’s Gravity’s Rainbow.

After capturing industry ears with her showcases at New York’s Catch A Rising Star, Benatar signed to Chrysalis Records and released the million selling “In The Heat of the Night” in 1979, followed by the multi-platinum “Crimes of Passion” a year later. From 1980-83, she captured an unprecedented four straight Grammys in the category “Best Rock Vocal Performance, Female” for the Top Five album “Crimes of Passion” (’80) and the hit singles “Fire and Ice” (’81), “Shadows of the Night” (’82) and “Love Is A Battlefield” (’83). With the latter, she emerged as one of the leading stars of the emerging music video scene with a Bob Giraidi-directed clip which proved to be an MTV mainstay.

She followed with the most successful album of her career in “Precious Time” (’81), which topped the U.S. charts. Platinum records “Get Nervous” (’82), “Live From Earth” (’83) and “Tropico” (’84)-came next, succeeded by gold records “Seven The Hard Way” (’84) — which featured “Invincible,” the theme from the hit movie Legend of Billie Jean, starringHelen Slater — “Wide Awake In Dreamland” (’88), “Best Shots” (’89) and “True Love” (’91), her critically-acclaimed blues album which had her covering B.B. King’s “Payin’ The Cost To Be The Boss.” The record was a labor of love for Benatar and husband/producer/long-time collaborator Neil Giraldo and proved the rock vocalist was equally adept at belting out the blues. In addition, Pat has been an active participant in numerous charity and fund-raising events, including Artists United Against Apartheid in 1985, and recorded a version of “Please Come Home For Christmas” in 1990 especially for the Desert Storm coalition troops who served in the Mideast during the Gulf War.

Benatar and Giraldo have been a working couple since Neil penned the song, ‘We Live For Love” from her debut album “In The Heat of the Night”, and has continued to wear many different hats, including producer, guitarist, and songwriter as well as soulmate. “Musically, we’re still in touch with each other. We like to play together,” says Pat. “It’s who’s cooking dinner tonight that’s the problem.”

In 1985, Pat and Neil became the proud parents of a baby girl, Haley, but Benatar continued to record and tour right up until ’93, when she was forced to come off the road after the release of “Gravity’s Rainbow” to give birth to her second daughter, Hana. Benatar began to concentrate on her writing, which lead to more than two dozen new songs. Around the same time, she decided to leave the only label she’d ever recorded for, Chrysalis.

Finding herself free of any ties fueled her creative instincts. “It’s like starting over,” she admits. “It’s pretty liberating, though, like getting another chance, a new lease on life.”

Pat Benatar has always been best in a live situation and two recent concert tours have given a whole new generation of fans a chance to see one of the great rock belters of all time. As well as someone who’s been a real influence on the latest crop of female Riot Grrrl rockers.

“It’s great,” beams Pat. “Whatever form it takes from generation to generation, people are still feeling it.”

Don’t let Pat Benatar’s humility fool you. Despite two kids and a career going on 18 years, she still feels it, and all you need to do is hear that classic voice and you’ll feel it, too.

An Overview of Pat’s Musical Career

1977 — Pat Benatar is discovered by Chrysalis Records’ talent scouts while singing in cabaret at New York’s Catch A Rising Star club. She is immediately signed by the label. During this same year, she recruits Neil Giraldo (ex-Derringer), who assembles a backing band for the recording of Benatar’s debut album, In The Heat of the Night.
1980 — In The Heat of the Night reaches #12 on the U.S. charts, with her first single, “Heartbreaker,” reaching #23. The album attains multi-platinum status. Two subsequent singles — the Neil Giraldo- penned, “We Live For Love,” and “You Better Run” (a song originally done by The Young Rascals in 1966) — also escalated up the charts. From early career. 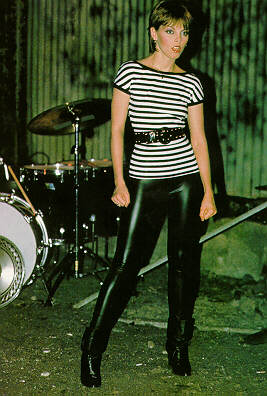 In August, Benatar released her second album, Crimes of Passion produced by Keith Olsen. Shortly thereafter, the single, “Hit Me With Your Best Shot,” reaches #9 on the charts, and becomes a million-seller.

1981 — Crimes of Passion hits #2 early in the year, and Pat is recognized by garnering her first Grammy for the “Best Rock Vocal Performance Female,” at the 23rd Annual Grammy Awards in February of that year. This marked the first of four consecutive Grammy’s she received for that category. Another single from the album, “Treat Me Right,” would reach considerable chart success as well. The album, itself, achieves multi-platinum sales. In August, Precious Time is released, and tops the U.S. charts, becoming her first album to do so. Two singles from the album — “Fire and Ice” and “Promises In The Dark” — assist in propelling it to the top. Precious Time exceeds the platinum-sales plateau.

1982 — In February, Pat marries guitarist/producer/songwriter Neil Giraldo in Maui. In November, she releases her fourth effort, Get Nervous, which was produced by Neil Giraldo (who concentrates on guitar for the album) and Peter Coleman. The single from the album, “Shadows Of The Night,” goes top 15, while the album itself peaks at #4 early in January, 1983, and eventually sells over a million copies. It’s the fourth consecutive album for Benatar to do so.

1983 — The singles from Get Nervous — “Little Too Late” and “Looking For A Stranger” — are released, while Benatar’s first performance album, Live From Earth, is released later in year. Live From Earth is recorded in France and California during Benatar’s U.S. and European tours of 1982 and 1983. At the end of the year, the single, “Love Is A Battlefield,” aided by the Bob Giraldi-directed video, propels her back to the top of the charts as it hits #5, while Live From Earth makes #13.

1984 — Pat collects her fourth consecutive Grammy for “Best Rock Vocal Performance, Female” at the 26th Annual Grammy Awards (this time, for “Love Is A Battlefield”).

1985 — Tropico reaches #14 in the U.S. charts, and spawns the top five single, “We Belong,” Hot on the heels of the platinum-selling Tropico, Seven The Hard Way is released in December and receives considerable acclaim, reaching #26 in the U.S. charts. Also included is the top ten single, “Invincible,” which was the theme for the Helen Slater-starring film, Legend of Billie Jean. Also in December of ’85, Pat participates in the recording of “Sun City” for Artists United Against Apartheid, which comprised a total of 50 artists. 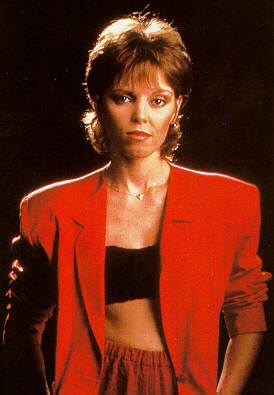 1987 — Pat releases the first compilation album of her career entitled, “Best Shots“, in the U.K., where it becomes her best-selling album in the United Kingdom. It will reach #6 on the U.K. charts.

1991 — Pat releases her critically-acclaimed blues-oriented album, True Love, with the first single released being B.B. King’s, “Payin’ The Cost To Be The Boss.” The album attains gold status, marking Benatar’s fourth release to do so.

1993 — Gravity’s Rainbow — which is produced by Neil Giraldo and Don Gehman (of R.E.M. and John Mellencamp fame) — is released. All songs from the release are written or co-written by Giraldo as well. From the dub echoes of “Everybody Lay Down,” to the shuffling bar blues of “Crazy” (featuring Giraldo’s Hendrix-influenced Wah-Wah guitar), Pat continued to redefine her sound in a 90’s context.

1994 — “All Fired Up: The Very Best of Pat Benatar” is released as a two-CD set. The compilation set features an array of Benatar hits, including those from her most recent albums.

1995 — First major tour in five years to occur over the summer with REO Speedwagon and Fleetwood Mac. Prior to this U.S. trek, Pat takes her band to Japan and Australia, where she performed in front of enthusiastic, sold-out crowds that anxiously await her forthcoming projects. The response to not only her well-known hits, but her new material as well, inspire Pat to gear up for an upcoming release. 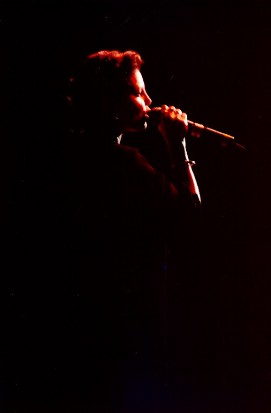 1996 — 1995’s enthusiasm for touring spilled over into 1996, finding Pat and Band on a major summer tour with the Steve Miller Band. She continued to hit us with some of her best shots as well as refining some of her new material in a live setting. New songs such as “River of Love” and “Only You” were received with as much audience enthusiasm as the “hits”.

1997 — Pat signed with a new record company, CMC International, early in the year. Her first original album in four years, Innamorata, was released as Pat began a summer tour with Styx. The summer tour was quickly followed by a fall solo club tour further promoting the album. The more intimate setting is appreciated by the audience as a chance to get closer to the music and the artist.

1999 — Pat and Neil dug into their collection of private material to compile Synchronistic Wanderings, a 3 CD collection spanning their entire career and including previously unreleased live recordings and outtakes. Pat and Neil completed their 20th Anniversary Tour of the US this year.

2001 — Christmas in America was released during the 2001 holiday season.

2003 — After 5 years in the making, a new album of original material, Go, was released at the end of the summer tour under the Bel Chiasso label.

2004 — Pat and Neil have toured every year since 1995, doing what they like to do best: performing rock and roll music. Pat has found a unique balance between family and career. Twenty five years after starting her career, Pat and the band plan to continue performing.